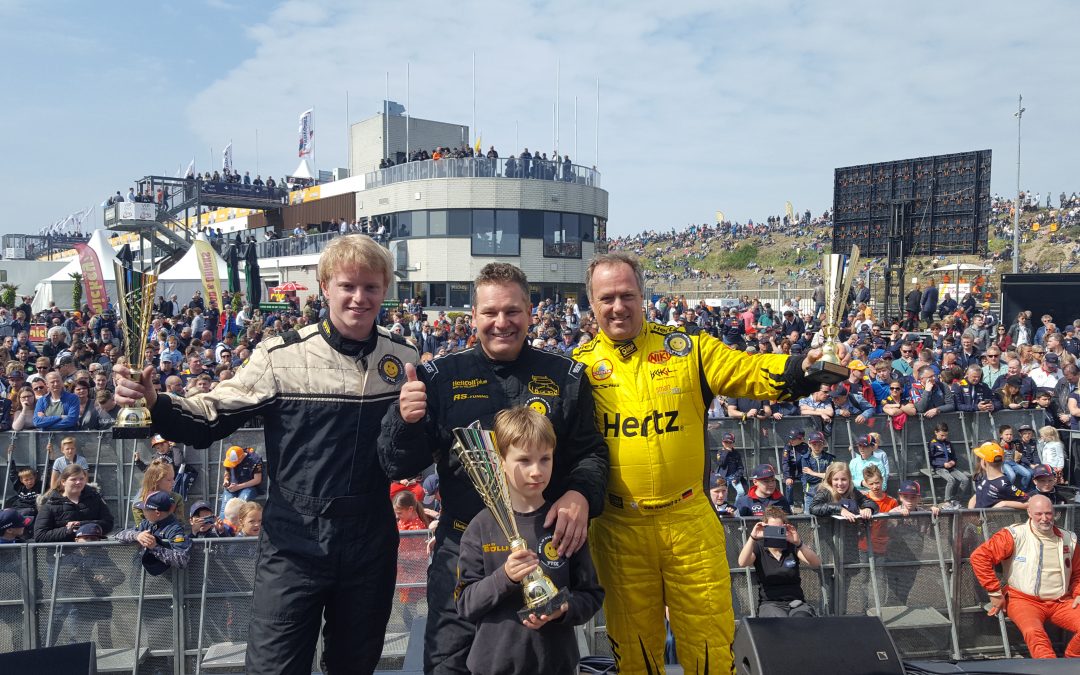 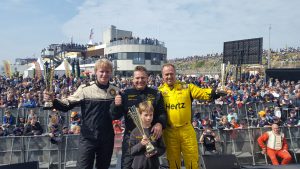 CSN Groep YTCC-grid the best surprise for over 100.000 spectators at Zandvoort

What a weekend we had at Zandvoort during the Jumbo Race Days powered by Max Verstappen. Never before we were invited to be part of such a big event, and fortunately all expectations were exceeded. Not only with 55 cars we had the biggest grid of all activities on track, we also impressed the vast audience with our variety of cars, the fair battles on track and the friendly and open atmosphere of our paddock. Strategically located between the main entrance and the public area, our paddock was constantly occupied by lots of people who saw historic race cars for the first time in their life. And that was good, because we were able to show complete families that racing is more than looking Formula 1 on television, that racing is having fun together. The questions we got from the spectators, old and young, showed that there really is interest in the history of motor racing. We are proud the have been given the opportunity to show a big audience the power of our racing series. Of course Max Verstappen was the hero of this great event, but for sure we were second best.

On Friday we had a qualification session and race 1. It soon was clear that the competition for victory would be between the experienced Daniel Schrey (Porsche 935 K1) and youngster Jan Bot (March-BMW M1), who were by far the fastest cars on track. The final podium step was the aim for several fast drivers like Peter Stox (Porsche 964RS),  Matthijs Bakker (BMW635 CSi),  Udo Rienhoff (Shelby Cobra) and some other outsiders in case that any of these fast guys would meet some sort of problems.

The first race was won by Daniel Schrey, which already was miracle, since he had a hugh crash in qualifying when the went off and into the guardrail with a speed of around 250 km/h as a result of avoiding another contender that obviously had not seen him coming. All credits have to be given to his mechanics who worked very very hard to get the car ready for race 1. In fact the lasts screws were fixed on the pre-grid. The crash had not frightened Daniel enough to take it easy. He really went for it and had a severe battle with Jan Bot for the win. Unfortunately Jan suffered a puncture, probably when he ran over the engine parts which were left on the track after Axel Hagemann had an engine blow-up with his beautiful BMW M1. The M1 was stuck in the Arie Luyendijk corner, which meant a long safety car period due to all parts and oil on the track. The podium was completed by Peter Stox (2nd)  and Matthijs Bakker (3rd).

The second race, held on an early and sunny Saturday morning with already  a vast crowd in the dunes and on the grandstand, proved to be a real thriller. With Jan Bot starting from the back of the 53 car grid, as was Gust van Haelst in his very loud rotary-engined Mazda RX3, spectacle was guaranteed. Both fast guys proved that overtaking at Zandvoort is really possible. Jan Bot eventually finished second, while Gust van Haelst drove his Mazda to 9th spot. There were great battles in the mid-field, with various groups of 4/5 cars nicely battling it out. The big American cars from our South-African guests were spectacular sliding over the track, the drivers enjoying every minute of their track time. Daniel Schrey also won the second race, with Jan Bot second and Udo Rienhoff third. They had the honor to mount the big podium in the main paddock, just minutes before the interview with Formula I heroes Max Verstappen and Pierre Gasly on this very podium. This meant a very big crowd cheering and applauding our race winners, for them a podium ceremony they will never forget! Dutch driver Rob Bijster also got his moment of fame, when he was invited on the podium to celebrate his 64th birthday and his 40-year jubilee as a race driver before a vast crowd of more than 1.000 people.

The third race, held in the early hours of Sunday morning saw, as expected, a severe but fair battle between Jan Bot and Daniel Schrey. Both drivers flew away from the rest of the field with an incredible speed. They made a good show, changing the leading position several times, but in the end Jan Bot proved to be the fastest by winning the race, with Daniel Schrey just a few seconds behind. Peter Stox became third, adding another trophy to his collection.

The YTCC-organisation not only wants to thank our sponsors Colmore and the CSN-Group for making this venue possible, a big thumbs up for all drivers, mechanics, family and support members of the team for their great performance. We had the biggest grid of this event, there were great races, no problems and we had a lot of fun. Furthermore we were a big moving billboard for historic motorsport and our series in particular. This was all noticed by the event organizer and the crowd. We heard a lot of spectators saying that those historic cars were the best to watch, for sure we were the best surprise of the Jumbo Race Days. To be continued……