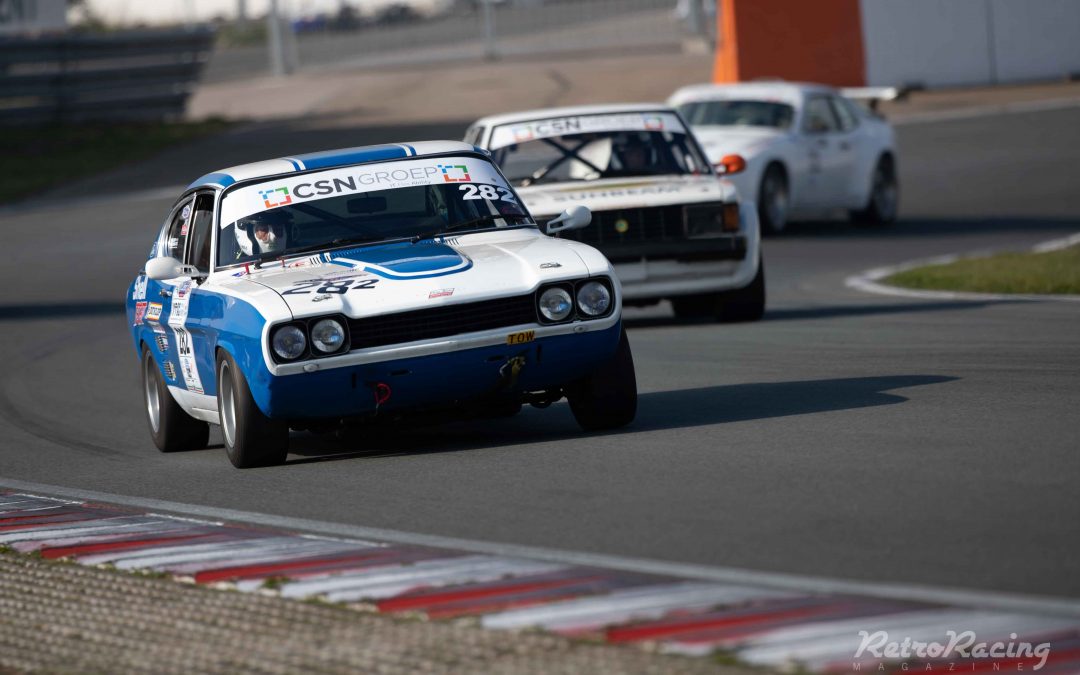 Yes we where speechless. More than 40 cars from the YTCC conquered the dunes. We will smile the rest of the winter. 2018 was magic, Zandvoort made it MAGIC 2.0.

YTCC roars through the dunes of Zandvoort

For the first time in a long time the YTCC returned to Zandvoort. The reason for the long-term absence is mainly the sound. The cars that usually participate in the YTCC are difficult to get quiet enough to drive at Zandvoort during a non-noise event. YTCC organizer Randall Lawson met the wish of many riders to compete on their home circuit once again  and did not count on the usual full starting grid. That turned out to be different, because with 43 cars in qualifying, the YTCC again proved to have the biggest grid of the event. Several regular foreign participants gladly took the opportunity to tick the Zandvoort box on their bucket list. Thanks to a few technical interventions and some flexibility from the race management, the 95dB limit did not cause any major problems. To be honest, it must be said that the really big (noisy) guns did not dare to travel to the Netherlands. This does not alter the fact that the YTCC again set up a very varied field with, in addition to the many Dutch participants, also drivers from Switzerland, Denmark, England and Germany. One of the most beautiful new participants in the YTCC field was undoubtedly the Group 5 Porsche 914/6 from Michael Siemerink. After years of building, he debuted with his silver-arrow Porsche at the YTCC. Unfortunately, the performance was short-lived because the car was tapped on the straight off the track in qualifying by another driver, resulting in a lot of damage. After the obvious disappointment immediately after the crash, we now know that Michael will do everything to start the season 2019 at the YTCC. We wish him and his helpers a lot of perseverance.

The three races saw a thrilling course, with the same winner: youngster Tijn Jilesen in the Porsche 964. The first race started with 42 cars, where an unleashed Ed van Heusden, with his Porsche 944 Turbo starting from gridspot 2 pushing Tijn considerably to his limits during the whole race. Unfortunately, the electronics left him in the penultimate lap, so he had to put the car aside. As a result  Jan van Es (Porsche 964) finished second in 24 seconds with Hans de Graaf (Porsche 911 RSR) in third place. Not far behind, a group crossed the finish line with Jan Schippers (Chevrolet Camaro), Ron Renes (Lotus Sunbeam) and Thomas Datwyler (Opel Kadett C), who finished within a second after a nice battle for ninth place. Just before them, Amanda Hennessy, who kept her Chevrolet Corvette (at the measuring point) in a creative way within the noise limits, could not optimally participate in  the battle for the podium. Fellow female driver Anita Renes drove this race in the Lotus Esprit to a nice 15th place. After the first race she decided that it was better for the car (and the wallet) to leave the Esprit, after so many hours of operation the engine turned out to be ready for a complete overhaul.

Race 2 had the same winner, but another podium. This time not a full Porsche podium, because Patrick Andriessen drove his Renault Alpine V6 GTA to a nice second place, although  at 47 seconds behind winner Tijn Jilesen. His father Tjarco (Porsche 964) finished third and was allowed to spray the champagne next to his son on the podium. The extended “group of Jan Schippers” battled for 7th place this time, this time just ahead of Amanda Hennessy, Anita Renes (now in the Sunbeam Lotus), Thomas Datwyler and Jeroen Veldhuis (Porsche 911).